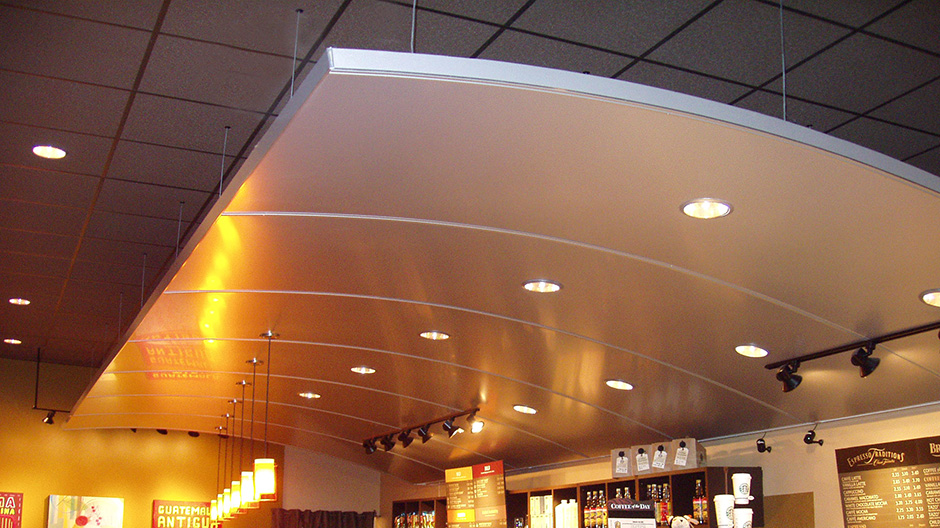 As a branch of the largest coffeehouse company in the world, coupled with its location in our nation’s capital, the Starbucks in Union Station took no shortcuts when it came to store design. Seeking a reliable and aesthetically pleasing finish for both the interior and exterior walls, Starbucks employed ALPOLIC ACM panels for a much-desired clean and modern look.

Located in Washington, DC, the Union Station Starbucks experiences a consistently high daily amount of foot traffic. Thus, for its appearance as well as its longevity, fabricators at Bestworth-Rommel cited ALPOLIC as the obvious choice. Overcoming two of ACM’s biggest enemies, delamination and finish failure, ALPOLIC remains robust and dependable.

Additionally, in the unlikely event of damage to the material, ALPOLIC’s renowned warranty is impossible to beat. As stated by Bestworth-Rommel, “Backed by a company the size of Mitsubishi, and supported by a history of actually honoring the warranty, ALPOLIC is alone in its class.”

READ OUR NEXT POST
Plants Sprout Through Perforated Aluminum Facade In Japan
POPULAR ARTICLES
How Is Color Measured? Calculating Delta E
ALPOLIC MCM Reestablishes One Palliser Square on the Calgary Skyline
In Situ. How a little Latin could save you thousands on your next project.
Polyester Versus Fluoropolymer Paint in Interior or Exterior Applications
Directional Film on ALPOLIC MCM
NEWSLETTER