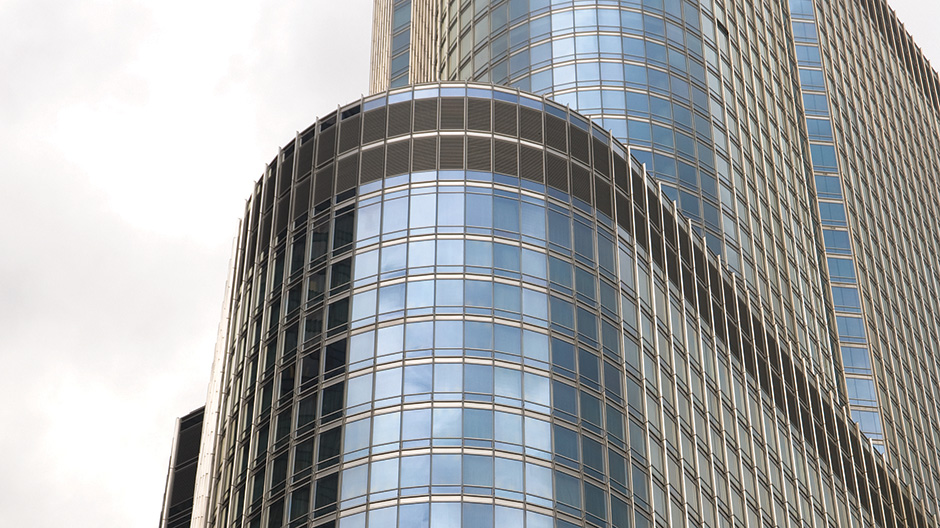 Chicago is home to the first modern skyscrapers dating back to the late 1800’s. New construction in Chicago competes with some of the most famous architectural landmarks in the United States. Without overpowering the designs of their architectural predecessors, the team responsible for the Trump International Hotel and Tower convey Chicago’s modern shift in design.

Architectural powerhouse Skidmore, Owings & Merrill (SOM) is known for their high-rise, high profile designs internationally. Designing some of the most significant structures of the 20th century, Trump Tower is the firm’s second tallest structure since their creation of the Willis Tower, formerly Sears Tower, in the 1970s. Specializing in the sophisticated technology associated with tall building construction, SOM created an innovative design responsible for accommodating both temporary guests and permanent residents.

The Trump International Hotel and Tower sits on what was once the site of the Chicago Sun-Times building. The mixed-use tower contains 225 rooms designated for hotel guests, nearly 500 residential units, and 50,000 square feet of retail space. The structure features four tiers at varying elevations in an attempt to create a continuous vertical ascent.

Exuding modern aesthetics, the building’s exterior features a distinctive array of glass and stainless steel panels. 80,000 square feet of ALPOLIC/fr stainless metal covers the exterior columns, sprandrel, and soffits, creating a striking accent to the hotel’s glass façade. ALPOLIC/fr is a fire-rated ACM composed of aluminum skins and a non-combustible mineral filled core. The use of metal composite panels in high profile construction continues to rise as MCM proves to be a durable, lightweight, and visually appealing cladding material.