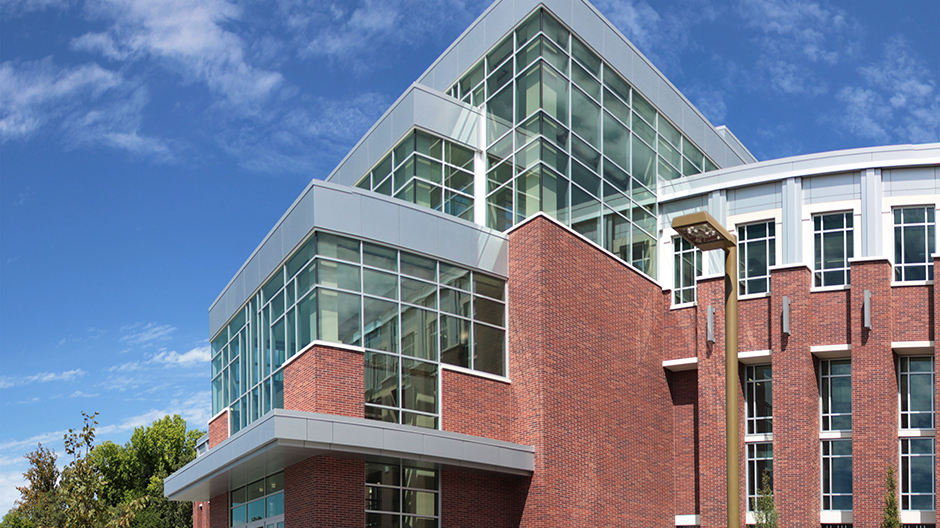 When Brigham Young Academy was founded in 1875, it served as what we might today call a high school. Three decades later, the board of directors faced intense opposition when they voted to change the name of the little school to Brigham Young University. One opponent groused, “I hope their head will grow big enough for their hat.”

With approximately 34,000 students, BYU is now one of the largest privately owned universities in the country. And with students and faculty in the College of Life Sciences crammed into the boxy, practically windowless Widtsoe building, constructed in 1968, it was definitely time to get a bigger hat.

Revealing Nature Through the Built Environment

Ground was broken for BYU’s new Life Sciences Building in late 2011, and the 265,000 square-foot facility officially opened to start the fall 2014 semester. Built on the slope of a large bluff in the foothills of Utah’s imposing Wasatch Mountains, the Life Sciences Building anchors the south entrance of BYU’s Provo campus.

The building’s exterior design – with multiple facets and elevations rising dramatically against the slope of the site – calls to mind the tectonic and erosional forces that have created massive escarpments and deeply incised canyons on the landscape. From inside, the expansive windows reveal that landscape while flooding learning, meeting and research spaces with natural light.

It’s a perfect metaphor for the College of Life Science’s mission to reveal the natural world to the human intellect.

This video gives a good sense of all the building has to offer. The camera “flies” through varied interior spaces; including teaching and research labs, auditoriums, corridors and common areas, a rooftop greenhouse and a massive central atrium. Exterior shots show how the complexly terraced profile echoes the mountainous landscape towering above the BYU campus. From both inside and outside the building, you can see a prominent “spine,” rising in stages through the center of the building, much like a ridgeline defining the center of a mountain’s mass.

Involving the Fabricator in the Design and Engineering Process

The lower sections of the building are cast-in-place concrete, while the upper sections are built of a steel structure. Architectural Nexus, the firm selected to design the building, asked LCG Façades to get involved in the project early, providing design engineering expertise for the glass curtain wall and metal panel systems that would serve as the building envelope.

“One of the nice things that occurs when you’re asked to begin working on a project early,” Derby explains, “is that you sit in with architects and engineers not just to grind out all the details.” You also get to experience “the project as it is really developing” and provide feedback such as comments like, “Wow, if you look at this concept and this rendering, it really looks like it fits the mountainside,” which is exactly what Architectural Nexus wanted to achieve – and accomplished brilliantly.

Derby says that a strong, lightweight cladding material was needed to meet the building’s seismic requirements. At the same time, a pressure-equalized rainscreen was required due to Utah’s adoption of the 2009 IBC Building Code, and subsequently the 2012 version. “Exterior insulation began to be used more commonly,” Derby explains, “and we were quick to realize that a caulk system was not the right thing to be using – that the wall needed the ability to vent any moisture that might collect in that exterior insulation.”

To meet the need, LCG Façades designed its exclusive SL-2200 rainscreen system, which is certified under AAMA 508-07 and has already been used with great success on several prominent buildings across the region. For the Life Sciences Building, the SL-2200 system was used with ALPOLIC®/fr 4mm aluminum composite panels fabricated at LCG’s 40,000 square-foot facility in Salt Lake City.

One of the key factors in achieving the project’s budgetary and quality goal, Derby says, was that “We could control most of the materials that were going on the job through our fabrication facility that allows us to fabricate curtain wall systems as well as metal composite panel systems.”

ALPOLIC® materials are most visible on the Life Science Building’s “spine,” which Derby describes as “a whole series of open conference rooms and entrance areas that extend right through the middle of the building on the top in a stepped fashion and become kind of the cap of the building.” Here, panels finished in a silver mica evoke the great blue limestone formation that caps the Wasatch Mountain spine high above Provo. These panels complement the red brick used on many of the building’s lower elevations, which tie in to nearby campus buildings and also evoke the quartzite outcroppings and cliffs that dominate the canyons and mountainsides.

The project also called for panels in a custom blue mica finish that were used around window openings and other reveals. Derby notes that, “Custom color-matching with any manufacturer is a bit of a process that takes a little time to get the specific color the architect is looking for. But with ALPOLIC® materials, they do a great job. There seems to be a good understanding of what it takes to get from custom color match samples to custom color match production. Which we really appreciate. There’s some real consistency there, and we don’t have to worry about opening up a skid and having surprises.”

That’s just one reason why Derby says ALPOLIC® Materials is “definitely our preferred vendor.” Other reasons: “We get very consistent, competitive pricing, and they give us great service. When we place an order, they always give us consistent delivery dates and hit them plus or minus a day or two. So there’s a good working relationship not just with the sales person, but also with the office staff.

“So they’ve just been really spectacular,” Derby concludes. And as the BYU Life Sciences Building reveals, spectacular design, construction, materials and service are the ingredients of spectacular architecture. 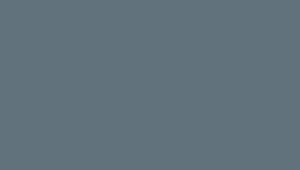