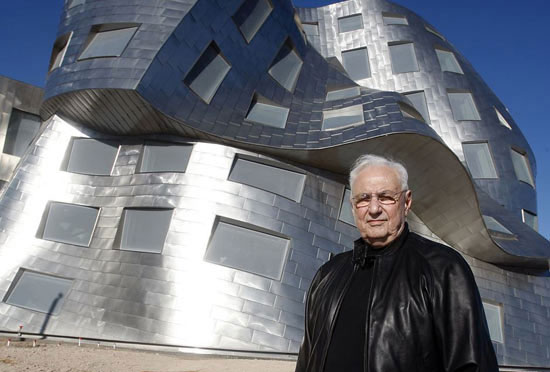 World-renowned architect Frank Gehry is known for his extravagant, avant-garde and genuinely unique interpretation of modern architecture. Gehry recently abandoned his strong forbearance of building in the city of Las Vegas when approached by local liquor distributor, Larry Ruvo.

Lou Ruvo, Larry’s father, struggled with Alzheimer’s disease, prompting Larry to establish a neurological research facility in his honor. Gehry was sensitive to Larry’s struggle after witnessing the deterioration of a close friend three decades ago who suffered from Huntington’s disease. At his late friend’s request, Gehry joined the board of the Hereditary Disease Foundation and remained interested in degenerative brain diseases ever since.

Gehry agreed to build the 'Cleveland Clinic Lou Ruvo Center for Brain Health' for the late Lou Ruvo, under the condition that the Center add Huntington’s disease to its research and treatment repertoire. A multidisciplinary healthcare research and treatment center out of Ohio, the Cleveland Clinic, agreed to operate the new Ruvo Las Vegas facility.

The 100 million dollar project features Gehry’s signature style including a compelling intertwined stainless steel façade. The expansive healthcare center features all the amenities of a modern hospital and research facility, with the addition of a rentable event space. The proceeds from the rentable space, often used for weddings and large parties, fund the Center’s research.

The Center not only provides research and treatment, but also specializes in the prevention, early detection and education of Alzheimer’s, Parkinson’s, Huntington’s disease and Lou Gehrig’s disease.

Although the building is often criticized for being exaggerated, its functionality and design has received all manner of celebrity, political, and community-based support. Most believe that its awe-inspiring exterior design brings awareness to the support, research, and treatment provided within.

READ OUR NEXT POST
Minimalistic Exterior Creates Modern Look For Belgian Pharmacy
POPULAR ARTICLES
How Is Color Measured? Calculating Delta E
ALPOLIC MCM Reestablishes One Palliser Square on the Calgary Skyline
In Situ. How a little Latin could save you thousands on your next project.
Polyester Versus Fluoropolymer Paint in Interior or Exterior Applications
Directional Film on ALPOLIC MCM
NEWSLETTER