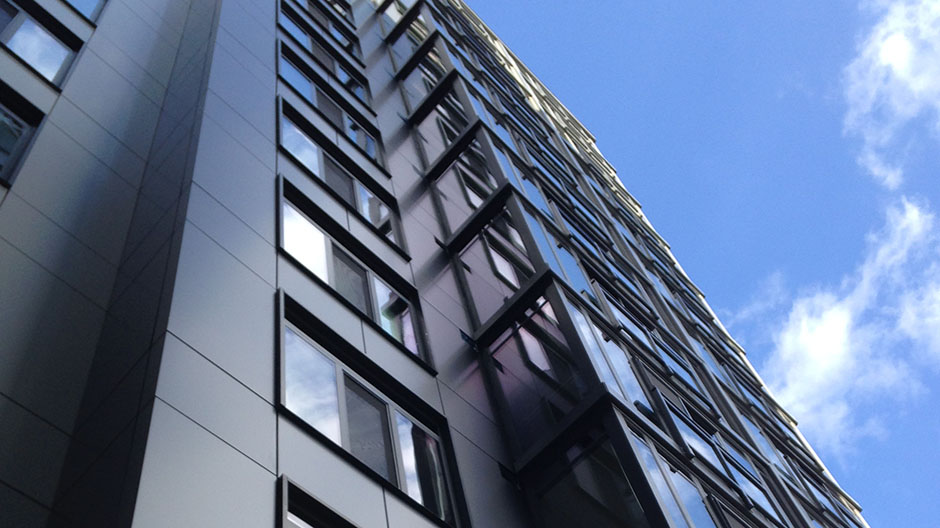 When you think about styles of architecture in Washington, D.C., the first word that comes to mind probably isn’t “progressive.” Encyclopedia Britannia puts it this way: “Three factors have radically influenced the style of Washington’s architecture: restrictions on the height of structures, Classicism, and conservatism.”

But in the last couple of decades, forward-thinking developers and architects have begun to explore the limits of scale, Classicism and conservatism in a much more creative fashion. They’re designing buildings that honor the city’s traditional feel while revealing exciting new possibilities for its future progress.

The new Lyric 440K Apartments are a prime example – an innovative 14-story structure housing 234 one- and two-bedroom units in the heart of the up-and-coming Mount Vernon Triangle.

Troy Balkema, the project director at Quadrangle Development Corporation who oversaw the Lyric 440K’s design and construction, explains that “this neighborhood is due east of the Washington Convention Center, and it’s been transitioning for probably 10 or 12 years now. For 20 years before that, it was just vacant lots and parking lots, but over time this neighborhood has really started to fill out.”

Quadrangle is playing a major role in the neighborhood’s renaissance, with several more projects in addition to the Lyric 440K either in the pipeline or already completed.

With great access to downtown, public transportation, retail, dining and nightlife, Mount Vernon Triangle has shed its seedy past to become the kind of walkable, urban neighborhood that attracts up-and-coming professionals. “It’s a very trendy place to be,” Balkema says. “It’s a very young demographic in this neighborhood.”

Not Just Living Spaces – A Place to Truly Live

The new Lyric 440K caters to that youthful spirit, with amenities more typical of a resort condominium than an apartment complex.

On the roof, you’ll find swimming and soaking pools, a landscaped deck with a fire pit and waterfall, and a large party room protected from the weather. The second floor features a tranquility garden with an outdoor fireplace. Inside, you’ll find a hotel-like lobby with 24-hour desk service, 9,000 square feet of ground-floor retail space, a fitness center, dry-cleaning and pet-walking services, common areas with Wi-Fi and much more.

The apartments themselves include features such as floor-to-ceiling windows, top-quality appliances and cabinetry, virtually indestructible tile flooring, balconies with private courtyards in some units, and a refined yet ultramodern fit and finish throughout.

On the outside of the building, extensive glazing meets the look of granite, achieved with 2x4-foot Marazzi porcelain tiles fabricated into a ventilated rainscreen system. While the tile cladding echoes the more traditional “masonry with punched windows” look of so much Washington housing, the floor-to-ceiling windows seem inspired by the sleek look and energy-efficient function of a modern office building. Tying it all together are ALPOLIC®/fr materials.

Jasna Bijelic, senior designer at Davis Carter Scott (DCS) Design, was the project’s architect. She recalls, “The porcelain tile skin was very expensive, but we wanted to achieve it, so we were looking for something that would complement what we were doing. That’s how ALPOLIC materials came into play. They are a very high-quality aluminum composite cladding material at a very affordable price. Partially, I think that made it possible to execute the design we have today.”

Bijelic says that, previously, she had been most familiar with more expensive cladding materials offered in a limited selection of colors. Discovering high-quality ALPOLIC composites in an exceptional array of finishes opened her eyes to new possibilities. “I really give compliments to ALPOLIC Materials,” she says. “They have a nice website where you can find lots of interesting finishes.” Instead of the usual shades of gray, whites and muted solid colors, with ALPOLIC Materials “you have all these different finishes that are kind of inspiring.”

That inspiration finds its most notable expression in a huge “fin” that gives the Lyric 440K building its focal point. The “fin” emerges from the building at a narrow angle, extending upwards and outwards until it towers above the top floor, where it meets the canopy over the rooftop deck. It’s an arresting feature that, Bijelic says, “became the talk of the town” because it can be seen in long views up and down K Street, uniquely identifying the building and marking its mid-block entrance.

The most striking thing about the “fin” is its color. Bijelic explains, “When I was ordering samples, I was going through the website, and I found this finish called Dragonfly, and I couldn’t resist. I just had to order it, even though at that time it was really not part of the design. And here comes this prismatic sample. The color is totally prismatic; as you move around the color changes from purple to green to turquoise, pink. I got very excited about it, so I suggested using it on the building.

“At first everybody was a little bit taken by surprise. You know, ‘You must be joking; this is way too much. It looks like a race car.’ But when something looks so good and so strong, and you’re so passionate about it, it almost becomes reality by the vision it inspires.”

Balkema agrees, “The Dragonfly did such a good job of creating a level of interest and being so unique in the neighborhood and in DC in general, that everybody who sees it is stunned initially with what they see – how it changes from teal, to purple, to almost orange or pink depending on how the sun hits it. I think the first time people see it, it catches their eye and they absolutely know where they are.”

That precisely describes the experience of Joe Paradise, production manager at Architectural Metal Designs, the fabricator selected to help create the fin. Paradise was intimately familiar with the prismatic effect of the Dragonfly finish from working with it daily in the company’s Millville, New Jersey production facility. But nothing could have prepared him for the experience when he found himself in Washington and decided to take a look at the completed building.

“You walk down the street, and it seems to just completely change color as you go,” Paradise says. “It’s really phenomenal.”

Getting the Details Right

In addition to the “fin” in our custom SBP Dragonfly prismatic finish, the building incorporates ALPOLIC materials in BNT Bone White and MFS Mica Silver. These materials were also fabricated by Architectural Metal Designs, and are used in the massive rooftop canopy, the large entryway canopy, the mini “eyebrow” canopies defining the retail spaces, the balcony edges, parapets and other details.

All these finishes are made possible by the unrivaled color, brightness and gloss range available with Lumiflon® FEVE fluoropolymer resin and Valflon® coatings supplied to us exclusively by Sherwin-Williams. Although they’re offset by the dazzling effect of the fin, these finishes contribute their own distinctively modern effect to details large and small.

Once he turned his attention from the fin to these other details, Paradise was impressed by the way “everything seemed to come together perfectly, all the way around the building.” Murray Walker, senior project director at DCS, explains that there were many places where the glazing, tiling and composite material elements all converged in the same place. “It was a complicated building to detail and get it right,” Walker says.

“We used an open joint system to complement the tile rainscreen, and it also had to tie in with our window systems. We were very pleased with the ALPOLIC product. We like working with it. We can detail it really well – particularly for the waterproofing of the building and good thermal control.” And, he says, echoing Joe Paradise, “It all comes together really well.”

Walker expects to be using a lot more of these transformational materials in future projects. “We’re finding now that there’s a trend moving away from masonry buildings. Even in the more conservative districts,” he says, “we’re hearing comments, ‘Oh, not another brick building,’ and now we’re looking seriously at other materials. ALPOLIC materials are really coming up for us as a material of choice at this stage because it’s giving us the look we want, a very modern look.”

Think nothing ever gets done in Washington anymore? Think again. The Lyric 440K is one building that honors tradition while looking proudly forward to a new way.

What other buildings strike you as great examples of new ideas fitting into a traditional setting? Let us know in the comments. You can find lots of great examples in our ALPOLIC Materials projects pages.

READ OUR NEXT POST
From Sea to Space: Port Canaveral Exploration Tower
POPULAR ARTICLES
How Is Color Measured? Calculating Delta E
ALPOLIC MCM Reestablishes One Palliser Square on the Calgary Skyline
In Situ. How a little Latin could save you thousands on your next project.
Polyester Versus Fluoropolymer Paint in Interior or Exterior Applications
Directional Film on ALPOLIC MCM
NEWSLETTER 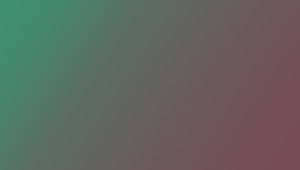