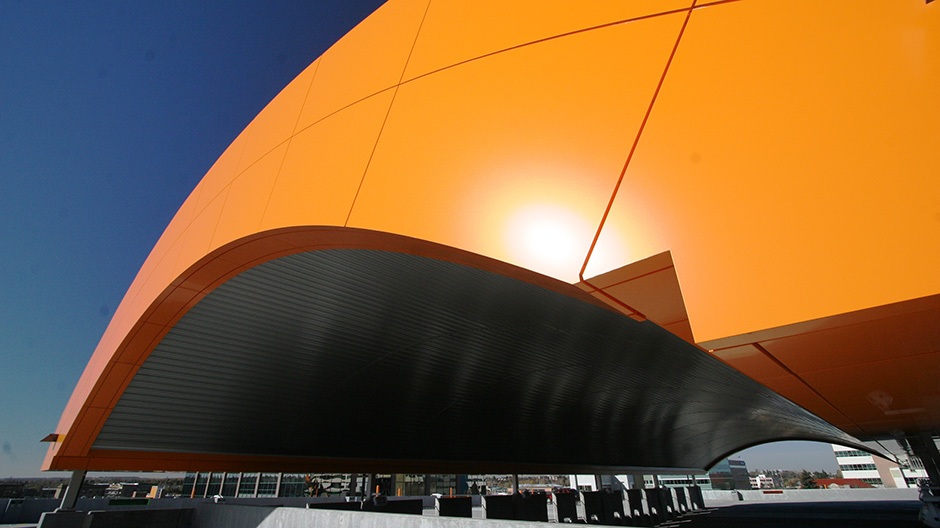 Described as one of their “most interesting and challenging” jobs, fabricators at Igloo Erectors Ltd. finished their work on the Sorensen Station Parkade and Transit Terminal in mid-2010. Named for one of Red Deer’s most well respected citizens, Gordon Lloyd Sorensen, the facility’s title pays homage to the local man who began the city’s bus system back in 1957.

The designers at John Murray Architectural Associates called for the use of ALPOLIC’s Prismatic series to enhance the aesthetic appearance of the new facility. Desiring a color that resembled orange juice, ALPOLIC customized a prismatic finish to be featured on the main areas of the Parkade, as well as several other personalized prismatic shades.

Those involved with the project commented on the “awe” of the color-changing ALPOLIC material, and are pleased with the facility’s contribution to Red Deer’s overall downtown revitalization.

information © the City of Red Deer