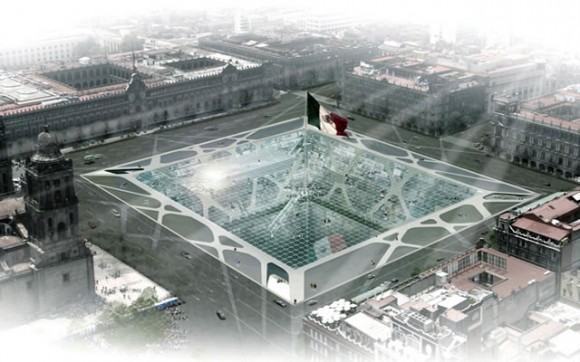 Buried within the Valley of Mexico, the Historic Center of Mexico City has a rich history. When the Aztecs first came to the Valley of Mexico they built pyramids atop a vast lake. As the Empire expanded, in both size and power, newer pyramids were built upon the old. Each structure soon contained layers of several historic periods, built atop one another.

Later, Christian temples were built on top of the Aztec pyramids by the Spanish, and soon an entire colonial city was build atop the original. In the 20th century, many of the colonial buildings were demolished to make room for modern structures. Still, the original Aztec ruins were never removed, simply built upon for generations.

Today, Federal and local laws protect the original structures from being demolished. The only option available for redevelopment is to build on top of them. Yet, height restrictions were enacted soon after to limit the redevelopment in order to further preserve the historical aspects of the city. Bunker Arquitectura proposed a solution—build down…instead of up. 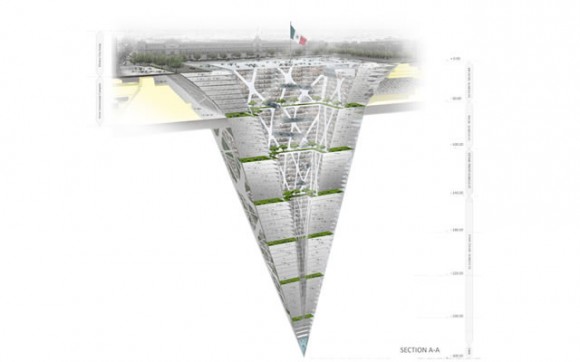 The primary objective of the “Earthscraper” is to preserve the main square of Mexico City, know as the ‘Zocalo.’ The inverted skyscraper creates a sort of pyramid underground, without detracting from the symbolic architecture above. The structure facilitates much-needed redevelopment to the area in the most optimal way. The open-end of the pyramid would be enclosed in glass, allowing cultural events to remain in the main square. 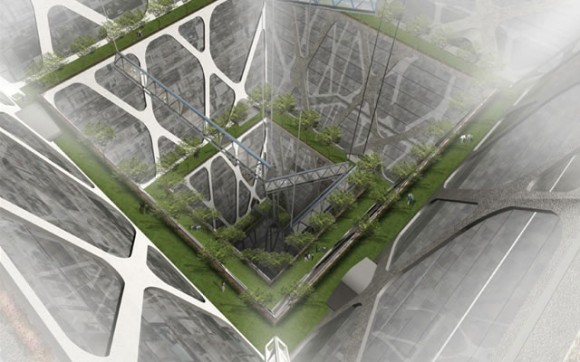