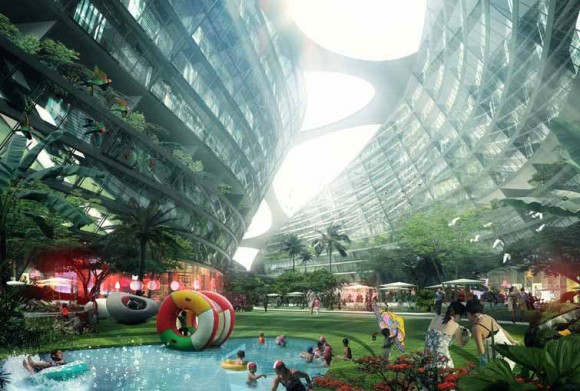 The Laboratory for Visionary Architecture, LAVA, is known for their extraordinary architectural works, both built and proposed. The group’s focus is to establish designs that are both socially and environmentally responsible. Using new technologies, and a mixture of typologies, their visionary works are incredible examples of organic architecture, adhering to the characteristics of the surrounding environments.

Housed on a mountainous volcanic island in the south east of South Korea is a hotel resort and residential complex designed as “another landform.” The island itself, Jeju Province, is a known tourist attraction for three East Asian nations, China, South Korea, and Japan. The Hallasan Volcano and National Park serve as national icons, attracting visitors to the island’s rich heritage. 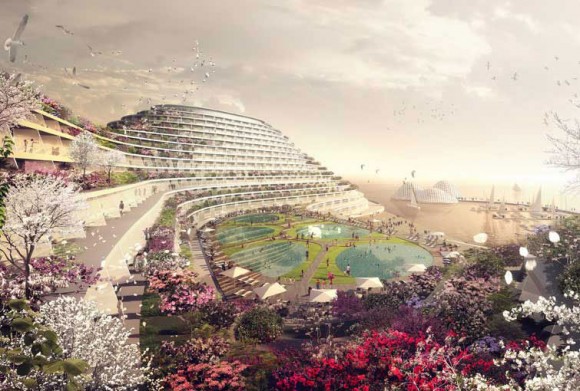 The natural beauty of the island’s rugged topography made it the perfect destination to feature a large resort. In addition to the very large hotel structure, attached residential living complexes form hills along the coast of the island. 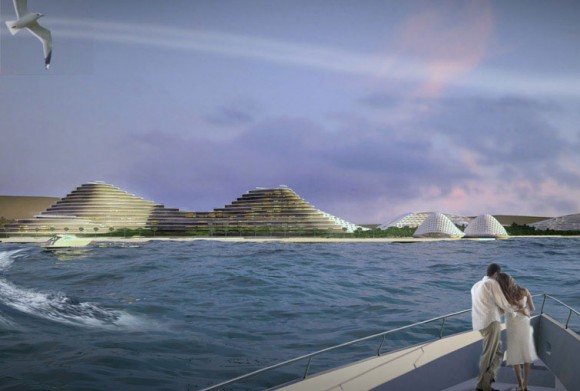 Partnered with Arup and Woonyang, LAVA’s proposed hotel not only features all the accommodations of a waterfront destination resort, but also a continuous landscape throughout the resort as to never neglect the natural atmosphere that surrounds the structure. Taking advantage of the island’s unique topography, the structure forms its own valleys and canyons as to become another landform entirely.

images and information © The Laboratory for Visionary Architecture, LAVA

READ OUR NEXT POST
Prismatic ALPOLIC Panels Transform Canadian Bus Station
POPULAR ARTICLES
How Is Color Measured? Calculating Delta E
ALPOLIC MCM Reestablishes One Palliser Square on the Calgary Skyline
In Situ. How a little Latin could save you thousands on your next project.
Polyester Versus Fluoropolymer Paint in Interior or Exterior Applications
Directional Film on ALPOLIC MCM
NEWSLETTER