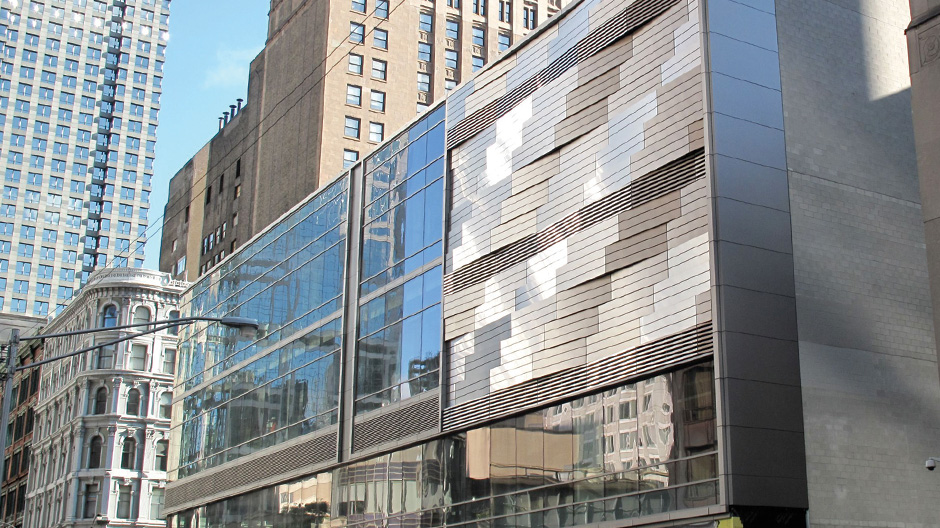 Hailed as a “21st century urban retail, entertainment, and lifestyle destination,” 108 North State Street has certainly proved to be a hub of social interaction. The iconic Chicago hot spot features not only shopping, entertainment, and dining options, but also consists of office, hotel, and residential sections. Located on Block 37 – named for being one of Chicago’s original 58 city blocks – 108 North State Street sits in the center of the city’s downtown Loop.

To create an exterior appearance as fascinating as what is featured inside, fabricators at MDSI sought out the use of ALPOLIC ACM and MCM panels. Using ALPOLIC’s stainless steel MCM, an eye-catching woven pattern was constructed using over 2,600 panels on 750 custom designed base frame units. Additionally, aluminum composite vertical panels were used as a means to trim out a glass curtain wall.

When asked why composite material, and ALPOLIC as a brand, had been chosen, fabricators on the project cited the flatness, ease of fabrication, aesthetic appeal, and the lightweight yet structural support.