Legendary architect I.M. Pei drew up the plans for the original Roosevelt Field Mall in Garden City, New York. Opened in 1956, the expansive shopping complex remains the second largest mall in the state and is one of the ten largest malls in the United States. Over the years, anchor stores included some of the best known retailers in the world, and in early 2012 plans to include a 100,000-square-foot Neiman Marcus were announced.

The firm Elkus Manfredi Architects was charged with the design of an expansive retail space that not only contributed to the continued modernization of Pei’s original design, but also reinforced Neiman Marcus as an upscale brand. To this effect, the Elkus Manfredi team looked to ALPOLIC to inspire the textured, 3-D design cladding the envelope.

Approximately 45,000 square feet of ALPOLIC /fr 4MM panels, in six finishes ranging from the dark [FINISH] to the lighter [FINISH] were fabricated and installed by a crew from Kenneth J. Herman. The color scheme of darker panels morphing downward into lighter shades, and textured placement of the MCM, created a design rich in curb appeal. The overall concept of the store’s motif, that of a large butterfly, gives the impression of the envelope rippling in the breeze. ALPOLIC provided the perfect finishes for a look that pops and attracts foot traffic.

Details on this project, which opened to the public in 2016, are available in the February, 2017 edition of Metal Construction News. 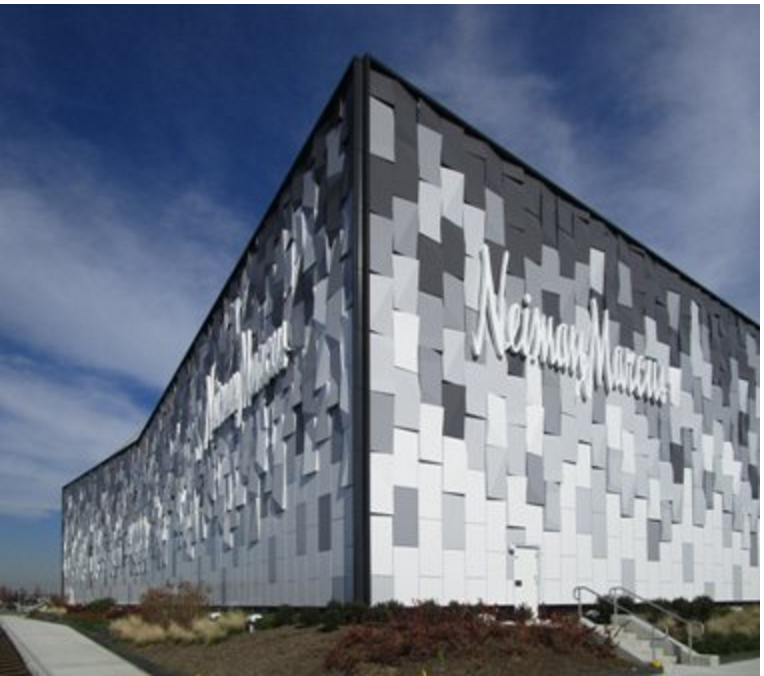