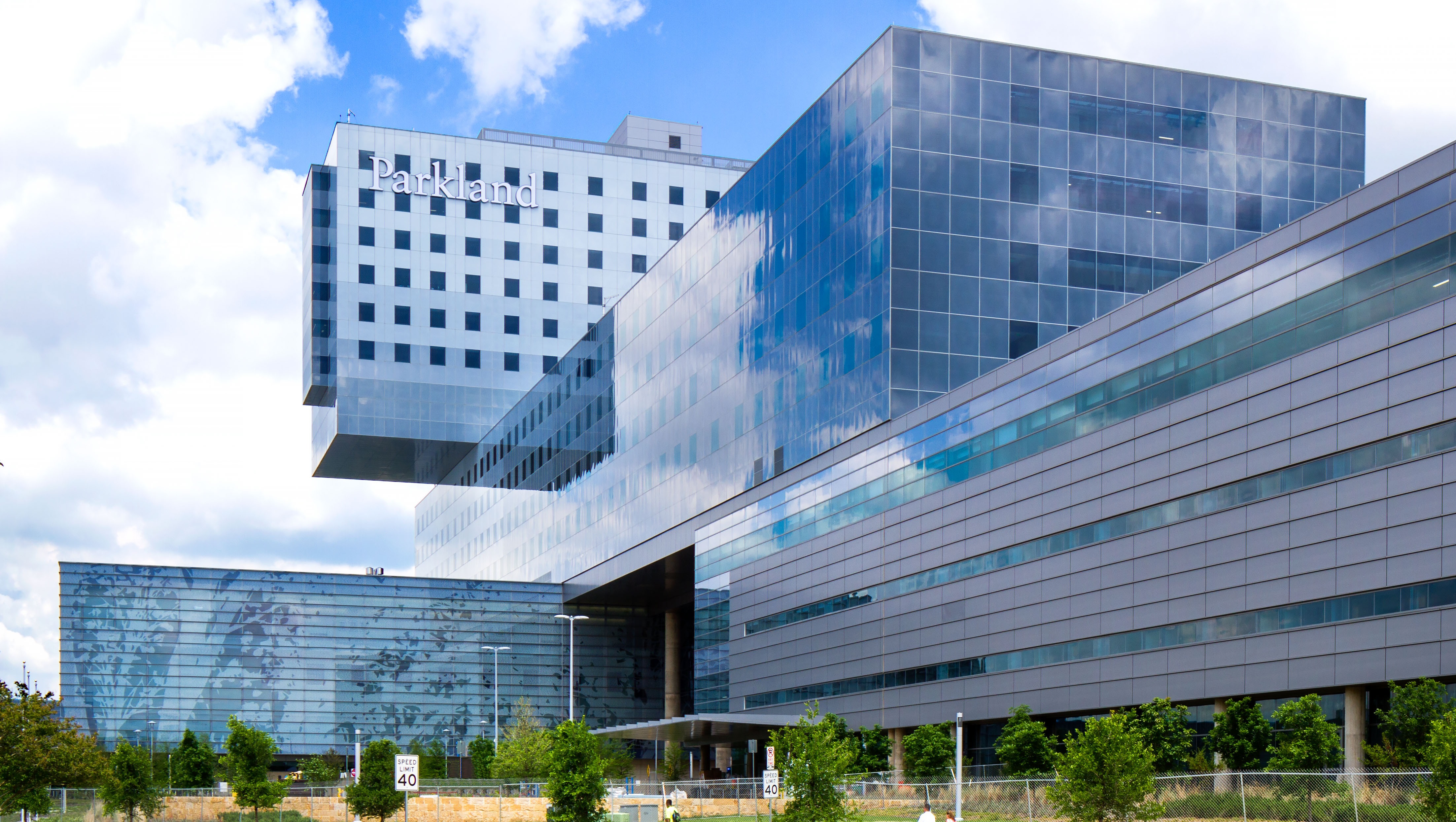 Built in 1954 as the premier public healthcare facility in the Dallas, Texas region, Parkland Hospital had become severely overcrowded and functionally outdated by the turn of the new century. In November 2008, the voters of Dallas County were asked to approve a $747 million bond toward the construction of a new Parkland with a final price tag of about $1.3 billion. Bond elections are not always popular with the public, but this one passed with 82 percent of the vote – an overwhelming expression of hope for the future health of the community and its people.

One of the largest public hospitals in the nation, and the largest public healthcare project in the country ever to be built in one phase , the new Parkland Hospital opened to patients in August 2015. This AIA award-winning, LEED Gold certified building doubles the size of the old facility. It incorporates the most advanced design features to serve the clinical and human needs of practitioners, patients and visitors. And it features a remarkable design adorned by more than more than 4.5 acres of ALPOLIC® materials.

Seamless Collaboration on the Fast Track
Soon after the bond passed, “It seemed like every big firm in the U.S. was going after it,” recalls Nate DeVore, project architect for Corgan, one of the country’s top 10 architectural firms. “We formed a team with HDR, which is one of the leading healthcare designers in the U.S. and the world, and went after it. HDR+Corgan was awarded the project in May of 2009. There couldn’t have been a better time because everyone was knee-deep in the recession at that point, so it was a huge win for our firm and for HDR, and for the city of Dallas.”

Ground was broken on the project in 2010, and the first patients were transferred from the old facility to the new one in the summer of 2015. Design and construction were done through a “fast-track” collaboration between HDR+Corgan and BARA, a joint venture of Balfour Beatty Construction, Austin Commercial, H.J. Russell and Azteca Enterprises. Fast-track projects can be stressful, especially with so many contractors involved, but DeVore says, “The team worked together so seamlessly, it was really nice. I can’t say enough good things about those guys.”

A Life-Affirming Experience, Inside and Out
The new Parkland provides a 2.8 million-square-foot campus that houses state-of-the-art clinical facilities plus 862 single-patient rooms with private bathrooms and plenty of space for visitors. Among many features that contribute to a calm, healing stay are the abundant natural lighting, verdant wellness gardens and a unique hallway and elevator layout that keeps noisy clinical and housekeeping activities “off stage,” leaving patient areas calm and uncongested.

The exterior has been described as resembling two skyscrapers tipped over on their side and intersecting each other in an “L” formation. DeVore says the taller tower, at 17 stories, “looks like the state of Oklahoma.” This is the acute care tower, and it features a seven-story “panhandle” section that cantilevers over a second 10-story tower that houses the WISH: the women, infant and specialty hospital.

“Where they intersect,” DeVore explains, “you have a 180-foot open span. And a lot of people ask, ‘Why didn’t you just punch a hole through the building?’ Well, the hole allows for natural daylight to get down into the NICU rooms below.”

It also opens up the flat surfaces of the building to provide an intriguing sense of dimensionality. The effect is heightened by a gradient of hues on the glass curtainwall that range from dark gray at the bottom to white at the top of the acute care building – giving the upper stories an almost weightless look as the structure rises from a massive base of native Texas limestone.

More glass is used to enclose the expansive lobby, with etching that forms a mural of deciduous trees in winter on one side and summer on the other – symbolizing growth and renewal with the passage of time. A closer look reveals that the tree branches are made up of the names of thousands of private donors who contributed to the project.

ACM Details That Elevate a Sleek Design
As a complement to the extensive glazing, the hospital features almost 200,000 square feet of ALPOLIC®/fr aluminum composite material, most of it used in an NFPA 285-compliant fire-resistant wall system. The material was fabricated by NOW Specialties using their NOW 3100 route-and-return dry system. It's a gasketed design that requires virtually no maintenance - an important consideration in a 50-year building.

ALPOLIC® ACM is also used in awnings and soffits as large as 200 by 200 feet and as high as the 10th floor, as well as in mullions and other details. DeVore is particularly proud of the way these details structure the experience of the building. “The whole idea of the glass and ACM was to keep this minimalist, sleek, clean design,” he explains. “It's a simple palette across the building, but we did little tricks to it to separate it from most other minimalist profiles.”

For example, DeVore explains, “The curtain wall on the first four floors has a mullion cap that extends out about six inches from the face of glass, and just that amount of extension allows a shadow line that kind of makes that mullion pop. We took that shadow line and introduced a batten in the ACM system that creates a horizontal datum right around the entire podium level. It adds a really nice feature to the ACM and the glass when you break up the large, co-planar sheets with that shadow line.”

The Perfect Color, Perfectly Consistent
Choosing the ideal ACM color to complement the stone, concrete and the dramatic color gradient of the curtain wall glazing proved to be a challenge. The architects evaluated hundreds of samples before landing on PEX Pewter Metallic , a standard ALPOLIC® color incorporating a metallic base coat that DeVore says “sort of makes it shimmer and also helps to hide dirt.”

Although the PEX color is standard, this particular finish was custom. Edgar Sanchez, who oversaw the project fabrication for NOW Specialties, explains that code requirements and project specifications called for a three-coat Kynar® finish with a 30-year warranty. This custom finish was applied in a Fluropon® coating supplied by Sherwin-Williams® (formerly Valspar).

For optimum color consistency, the usual recommendation is to order metallic finishes like PEX in one batch for the entire job, or at least for any one elevation. However, Sanchez says, this project required three batches covering roughly 50, 40 and 10 percent of the total square footage and comprising about 6,500 panels in total.

Despite the multiple orders and the sheer size of the project, Sanchez recalls, “There were no problem with delivery, and the color match was phenomenal. We didn’t have any variations between batch one, two and three. We know in the industry, with a metallic color, you need to isolate that depending on the number of shipments and so on, but this was perfect.”

That level of consistency, performance and delivery is no surprise to DeVore. “ALPOLIC® materials are in our master spec for a reason,” he says. “We trust them and we have a history with them. There are other products out there, but we’ve used ALPOLIC® materials in the past on several large products, and we know they can deliver. And it’s always a great look, a great outcome.”

A Place Where Hope Is Born, and Reborn
Parkland Hospital has come a long way since it was first established in 1894 as a simple wooden-framed structure. That building was replaced in 1913 by a magnificent brick compound in the classical revival style designed by Herbert Greene. Restored in 2008, it serves today as an office campus brimming with history, art and culture, set among beautifully landscaped grounds.

In 1954, Parkland moved to a new building about a mile away from the original location. For more than 60 years, that building has been best remembered for the day an entire nation almost lost hope. Just three miles from Dealey Plaza, it’s the hospital where President John F. Kennedy was declared dead at 1:00 pm on November 22, 1963. Two days later JFK’s assassin, Lee Harvey Oswald, also died there after being shot by Jack Ruby, who claimed he had done it to help the city of Dallas “redeem” itself.

But Dallas didn’t need redemption, and hope never dies. The 30,000 daily visitors to the new Parkland, the roughly 9,000 professionals serving their needs, and especially the 16,000 newborns who will begin life there every year are testament to that. Whether recovering from a setback or just starting out, what better place could there be to look forward to a healthy, hopeful future? 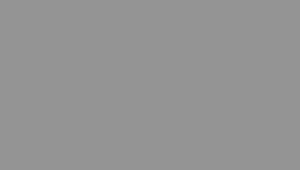 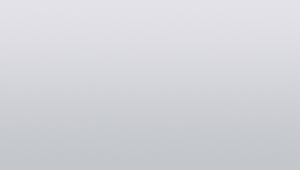 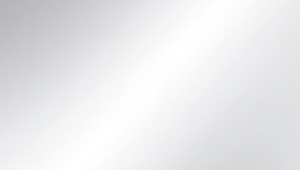