The Linq: Anything is Possible 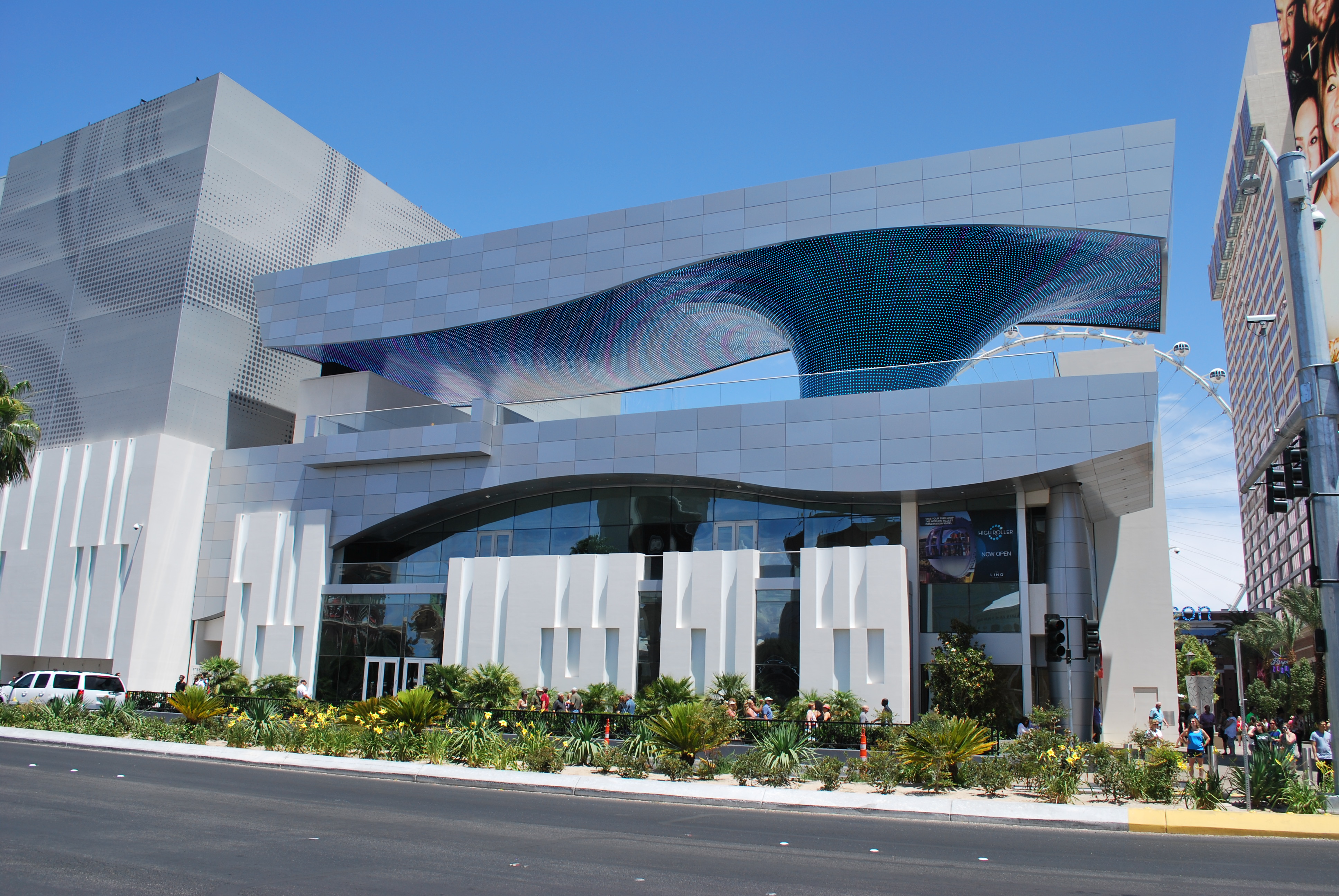 Las Vegas beckons visitors with the feeling that anything is possible.

That feeling begins with the built environment. In the decades since World War II, developers have created a succession of hotels, casinos, entertainment venues and shopping centers, all designed to outdo predecessors in scale and daring appeal. All making a statement: This is a sight to see. An experience you can have nowhere else. A world of new possibilities.

One of the most visible and thrilling attractions is the new High Roller – the world’s tallest observation wheel at 550 feet, with 28 enclosed spherical cabins that can hold up to 40 people each. Opened to the public in March 2014, the High Roller towers over the east end of the Linq Promenade, a pedestrian mall featuring approximately 40 shops and restaurants, a concert venue, bowling, a world-renowned classic car museum, and much more.

Anchoring the other end of the Linq Promenade is the new Linq Hotel and Casino, which opened to the public in October, 2014. This $230 million redevelopment project is designed to anchor the promenade and reflect its inviting sense of new possibilities.

Notice how ALPOLIC® exterior wall paneling helps create the experience, from one end of the Promenade to the other.

To ride the High Roller, you mount a double-deck platform faced with ALPOLIC® panels inside and out, including the radiused channels where the cabins enter the structure to load and unload passengers. ALPOLIC® materials literally set the stage for your ride as you approach the structure and ascend the ramp, then surround you on all sides as you watch your cabin come in and anticipate the butterfly-inducing views to come.

Head back to the hotel to relax at the mixology bar, try your hand at the tables, take a swim or maybe just hit the hay – and you’re greeted by astonishing, monumental architectural forms and colors made possible by ALPOLIC® materials. There’s hardly a straight line or flat surface to be found – a tribute to the vision of Klai Juba Wald Architects and the ingenuity of the engineers and fabricators at Engineered Wall Systems, Inc, also known as EWS Panels.

Take time to look at how it’s all put together.

Consider the massive, matching canopies that can be found in various places – for example, over the hotel’s porte-cochère entrance. The fascia of each canopy slopes inward and gets narrower from top to bottom, where it meets the convex radius of the structure’s ceiling. Every panel had to be shaped to join its neighbors perfectly from multiple directions, in multiple planes.

Some canopies feature oculus openings that let in sunlight and provide a view of features such as the monorail tracks and the High Roller towering overhead. For these, ALPOLIC® panels were tapered to fit the radius of the canopy, given a convex radius to fit the interior of the oculus, then lowered in place and glued to the bottom pieces that form a narrow band around the opening.

One of The Linq’s most striking features is the roof deck over the hotel entryway, used for fashion shows, concerts and private events. It features a central “vortex” of colorful LED lights suspended between the deck and overhead canopy. The deck and overhead canopy are clad with ALPOLIC® materials fabricated to create complex tapers and radiuses that give the structure the feeling of a waterspout forming over ocean waves.

The deck is supported at the outside corner by a 30-foot cigar-shaped column, echoing the design of the columns that support canopies throughout the development. These cigar-shaped forms were particularly challenging to fabricate. Each panel has a compound radius that varies from top to bottom, with pairs of matching panels forming each layer of the column. The 30-foot column has about a dozen pairs of these panels – each with a different, tapering diameter – and they all had to fit together perfectly as each joined pair was lowered into place.

The project used three panel colors – silver metallic, champagne metallic and mica platinum. The design of the various project features called for these to be installed in specific patterns. And because they’re directional finishes, fabricators needed to make sure each panel was in the correct orientation for shaping and cutting.

Consider the people who make it happen.

With all the complexity involved, a layperson might be surprised to learn that all the fabrication was designed and executed in EWS’s Salt Lake City shop, and the completed panels were then shipped to the job site more than 400 miles away.

Dean Edmunds, the project manager, explains, “It really highlights the product and the intensity of the panel fabrication. It has to be built on paper before it ever goes out to the shop. It’s got to all be put together, and mocked up and tested to make sure certain things can be done. It’s quite complex to get all those panels figured out and lined up. It doesn’t seem like it’s very complicated, but it really is.”

“We designed it all here,” adds Ruben Aquino. “Because it’s such a complicated design, we did tests – and while we were working on the project we were always sending tests to the shop to make sure everything worked out.” For example, the panels for the 30-foot column were rolled and laid out in the shop to make sure they all fit together.

“The 30-foot cigar shaped column,” Edmunds muses, “I think was a pretty good feat, drawing it, but also Miguel Rojo, the shop foreman, he did a good job because it was very time consuming to roll that.”

It’s just one example of the countless processes and parts that have to fit perfectly to create something extraordinary. ALPOLIC® materials help bring it all together.

Because anything really is possible.