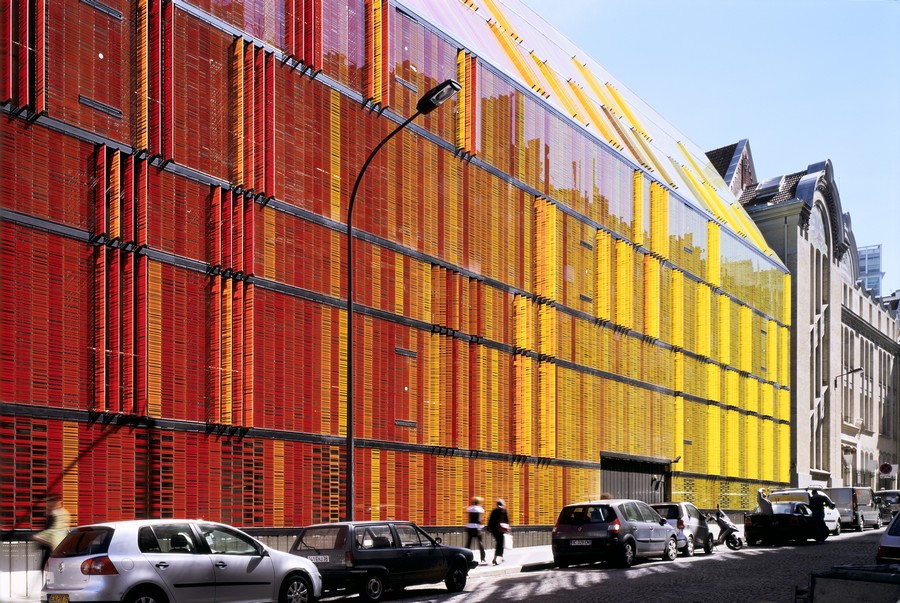 A fantastic debate exists amongst architects as to the relationship between modern and historical architecture. The debate often separates the architectural community into those who are either for, or against, the cohesion of modern and classical design.

The Paris Chamber of Commerce organized a competition to reconstruct and create an extension for the historical Advancia Business School in Paris, France. AS.Architecture-Studio's award winning design served as a unique yet simple interpretation of the potential unity of modern and classical architecture.

Shortly after winning, the architects were commissioned to begin the reconstruction of the 1908 building as well as construct an attached property that could accommodate 1500 students. Keeping the integrity of the original structure, the reconstruction of the old building was done entirely with the original design in mind. Wanting instead for the extension to showcase a more contemporary design, the architects created this incredible contrast between old and new.

Using painted glass panels, the exterior façade is composed of mobile vertical shutters that control light input depending on the sun’s position throughout the day. The colors of the façade also change depending on the brightness of the sun, creating different variations of reds and yellows.

Serving as a complimentary addition, the contemporary extension is attached to the original structure with a clear distinction of old and new.

READ OUR NEXT POST
ALPOLIC ACM Panels Used In Innovative Furniture Design
POPULAR ARTICLES
How Is Color Measured? Calculating Delta E
ALPOLIC MCM Reestablishes One Palliser Square on the Calgary Skyline
In Situ. How a little Latin could save you thousands on your next project.
Polyester Versus Fluoropolymer Paint in Interior or Exterior Applications
Directional Film on ALPOLIC MCM
NEWSLETTER